Lee Freedman in Singapore to stay 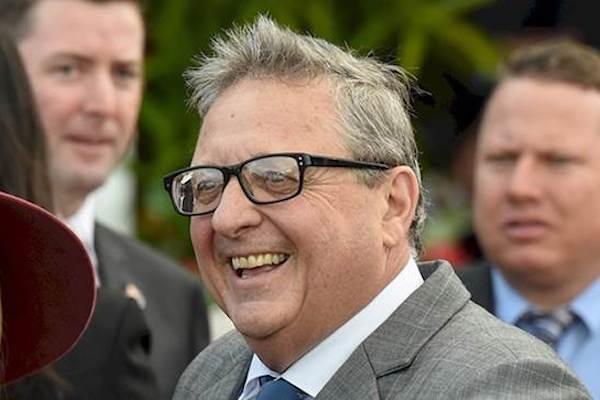 Five-time Melbourne Cup-winning trainer Lee Freedman said he envisages a long-term stint in Singapore, ahead of his first runners in the jurisdiction on Friday.

The Australian Racing Hall of Fame trainer's name will be in the formguide this Friday at Kranji, having taken over the boxes - and horses - formerly utilised by New Zealander and nine-time Singapore champion trainer Laurie Laxon.

And Freedman, 61, said he envisages a long stay in Asia, after leaving the Melbourne-Sydney operation in the hands of brother Anthony.

"Fortunately, I think the city's terrific, and there's so much to enjoy away from the track, and the facilities are great here.

"So I can't see myself as being anything other than a long-term attendee here."

Freedman explained his situation in moving in to Laxon's boxes at Singapore was simply held up by red tape, and was never in doubt.

"It appeared like things were going off track, but it's actually not the case - it just takes time to get everything done," he said.

"The Singaporeans are super-efficient about having all the paperwork corrected.

"I just got ticked off by the Ministry of Manpower, I got approval, got fingerprinted ... it all takes time, but it's come together pretty quickly."

Freedman is hoping his first day at the Singapore races as a local trainer can be a winning one, suggesting the in-form Lim's Shot and eight-year-old Alfonso are well placed to salute this Friday.

Lim's Shot is raced by one of Singapore's biggest racehorse owners, Mr Lim Siah Mong, who was champion owner in 2007 and 2008.

Meanwhile, Lee and Anthony's brother Michael - who trained in Singapore for eight years - begins his stint in Hong Kong with his first official runners on Sunday.

The youngest of the Freedman brothers, Michael spent a little over a year training back in Sydney before accepting a licence from the Hong Kong Jockey Club.

View the article at Racing.com