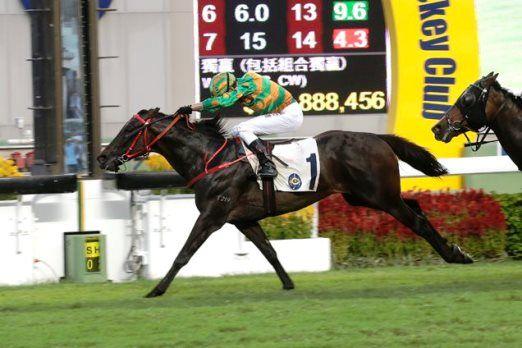 Australian trainer Lee Freedman is throwing former Hong Kong galloper Circuit Land in at the deep end in the $200,000 Group 3 Committee’s Prize (1600m) for his Kranji racing debut on Sunday.

Based on his record, the former Danny Shum-trained US-bred son of Mizzen Mast should not be out of his depth as he mixed it with the elite company in the former British colony.

A four-time winner between 1400m and 1650m, Circuit Land competed against the likes of Beauty Only, Helene Paragon and stablemate Seasons Bloom at Group level, but though he never won any feature races, he was not disgraced either.

Former Hong Kong galloper Circuit Land will have his Kranji baptism of fire in a Group 3 race.

For example, the seven-year-old ran in the Group 1 Champions Mile (1600m) last year, finishing a creditable fourth, only three and a half lengths off the winner Contentment. It was in that race that Hong Kong Derby winner Rapper Dragon was fatally injured.

Circuit Land did not shine in three starts at the new Hong Kong season, including an unplaced run in the Korea Cup (1800m) last September. Owner Ngo Tai Tak then decided a change of scenery might do his horse a world of good, picking Singapore as his new base and Freedman as his trainer.

“Circuit Land’s only a small horse, but he’s put together a good record in Hong Kong. He won four times and raced against good horses like Beauty Only,” said the Australian Hall of Fame trainer.

“The plan was always to run him in the Committee’s Prize first-up but he had a small setback. I wanted to give him two solid 1000m barrier trials but he missed the first one when he played up at the gates two weeks ago.

“He had a jumpout on Track 7 instead and today (Tuesday) he jumped good in his barrier trial after we blindfolded him.”

Circuit Land actually came forming a line of three Freedman’s with race-leader Mr Whitaker (Glen Boss, middle) and Sorbeta (John Powell, inside) inside the last 300m of the hit-out, eventually coming out tops by half-a-length from Mr Whitaker, with Sorbeta a nose away in third for a Freedman trifecta.

While it is rather hard to judge a horse’s fitness level just on one trial, especially as Circuit Land has not raced since November 19, 2017 when he ran second-last in the Group 2 BOCHK Wealth Management Jockey Club Mile (1600m) won by Seasons Bloom, Freedman was keeping his fingers crossed Tuesday’s hit-out will do the job.

“It’s a small setback and I think he is fit enough to run, but whether he can win first-up, that is a query,” he said.

“But I think he’s forward enough to run a competitive race. He’s also drawn barrier one, which we certainly don’t mind.”

New Zealand jockey Craig Grylls, who rides Circuit Land on Sunday, jumped off with a positive report which can only help Freedman feel more bullish.

“It’s my first time riding him today. He travelled nice and relaxed, and he looked good in his action,” said Grylls.

“He pulled up well and was not blowing too much after the trial.”

Circuit Land scoring one of his four wins during his Hong Kong days (photo by Hong Kong Jockey
Club).

Freedman, whose younger brother Michael used to train in Singapore and is now at his first season in Hong Kong, was looking forward to his debut runner for Mr Ngo.

“I’ve never trained for the owner Mr Ngo before. It was totally out of the blue,” said Freedman.

“He has already bought a new horse for me. It’s a Swiss Ace he bought at the breeze-ups in New Zealand in November.”

With race-rider Azhar Ismail jumping on for the first time, Mr Spielberg was handled to instructions by the veteran Malaysian champion jockey – drop him back and let him fly on the outside late.

“I’m very pleased with Mr Spielberg’s trial. I also liked the way he looked happy with himself,” said Freedman.

“He was not at his absolute best when I took over him and it’s taken me a while to bring him back, but he seems back to himself now, especially at that last run (flew home from near-last to run second to Elite Invincible in a Kranji Stakes A race over 1600m on February 4).

“With the light weight he got (50.5kgs), I am glad I got a very experienced jockey like Azhar to ride him.”

The six-time winner (all wins recorded when under the care of Freedman’s predecessor, nine-time Singapore champion trainer Laurie Laxon) was not as lucky at the barriers as Circuit Land, having drawn 15, but it should not really matter given his get-back racing pattern.