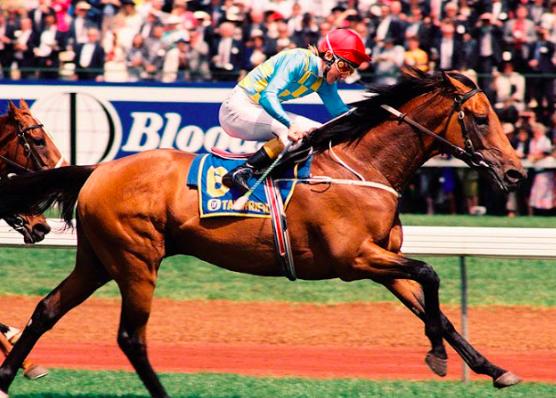 Lee Freedman's comment: A very tough handicap stayer who won our first Melbourne Cup, and he will always be remembered for that. 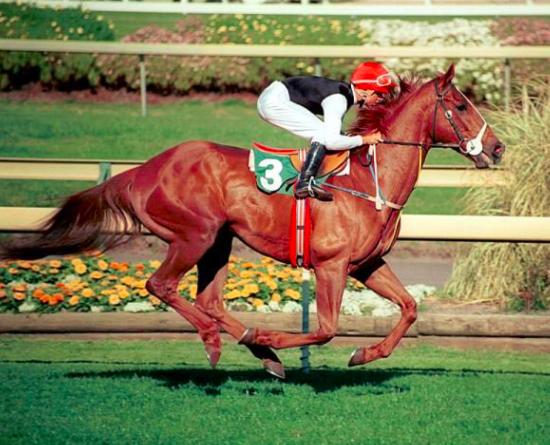 Lee Freedman's comment: A great horse. The horse who probably put me on the map in those early years. He was a top class weight-for-age horse, but he was a champion handicapper. I doubt a horse will repeat his four big "Randwick Mile" wins. Memories of the reception he received after winning the 1991 Epsom Handicap still gives me goose bumps. 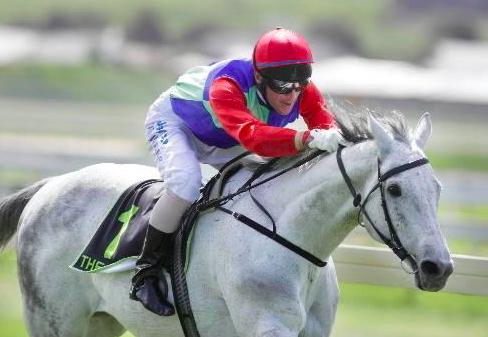 Lee Freedman's comment: Subzero was bought to win the Magic Millions, but he won a Melbourne Cup! He was a very good handicap stayer who had a stellar six months in 1992. Unfortunately, like a lot of handicappers of his ilk, he struggled at weight-for-age and he was weighted out of the handicaps after that Cup win. 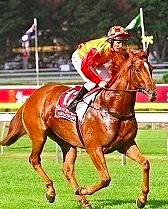 Lee Freedman's comment: A big strong filly who dominated in the spring as a 3YO. She returned to win the Arrowfield Stud Stakes at Rosehill in the autumn and then broke down. A measure of her talent is seen in the fact she returned to finish fourth first-up in the Newmarket Handicap as a 4YO, but again she broke down. 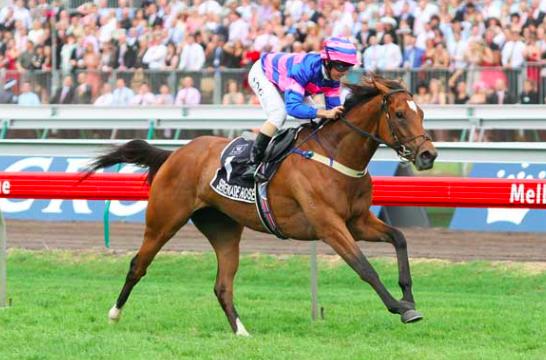 Lee Freedman's comment: Serenade Rose was the best staying 3YO filly of her year, and she did it in the spring and the autumn. She was tough and she could stay. 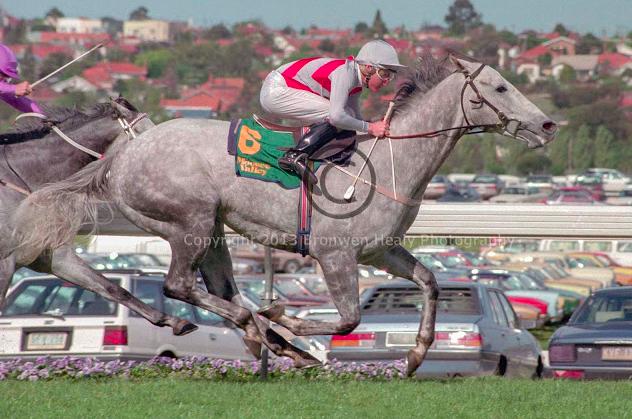 Lee Freedman's comment: It was Schillaci's longevity that made him great. He competed in all the big races from three to eight. In his latter years, he was never quite right, but he still produced some wonderful performances. Eight Group 1 wins speaks for itself. 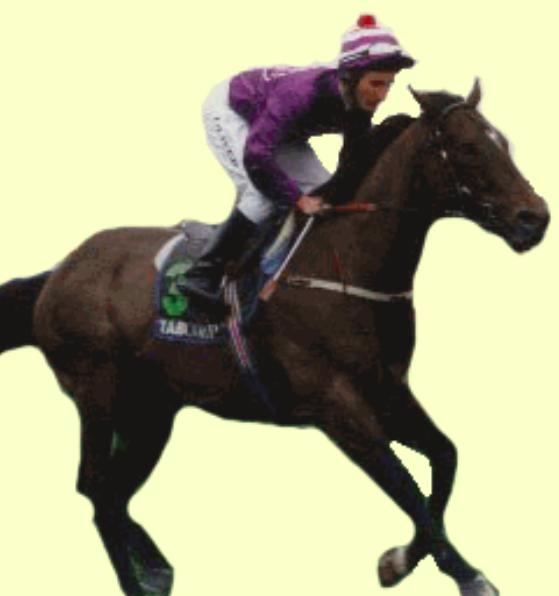 Lee Freedman's comment: Probably one of the most underrated horses I have trained. He won three Group 1 races. He was brilliant on his day. He is still part of the team at Markdel, as a lead-pony for the fillies and mares. 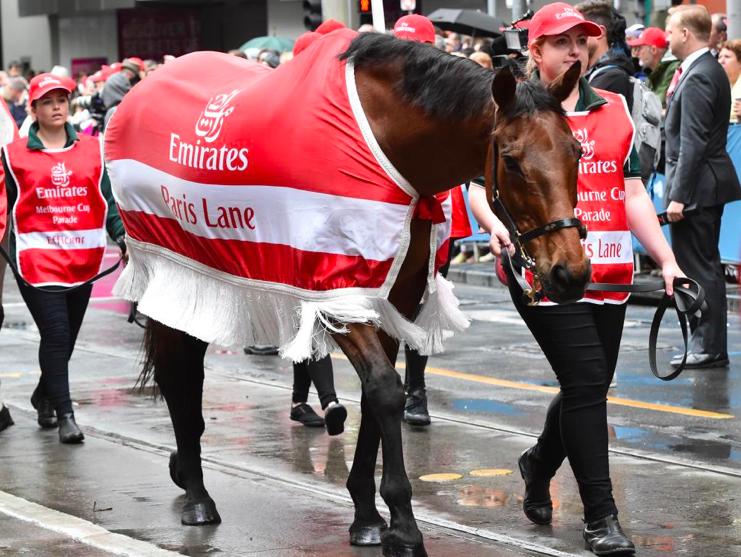 Lee Freedman's comment: Paris Lane was an amazing horse as he had his legs put on backwards. His Caulfield Cup win was a dominant performance in track record time, and he was a bit stiff in the Melbourne Cup that year. 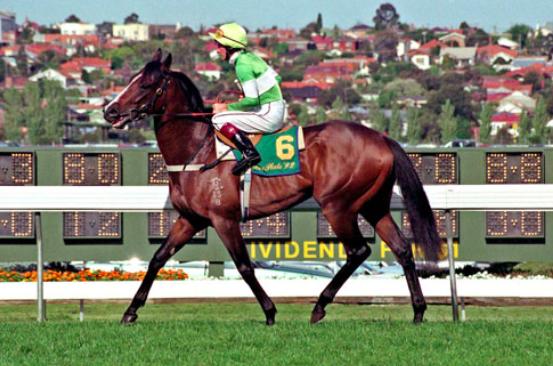 Lee Freedman's comment: A brilliant horse. Naturalism had the ability to run sensational sectionals. He should have won Super Impose's Cox Plate in 1992. Probably his greatest performance was his second in the Japan Cup, as he wasn't really a 2400m horse. 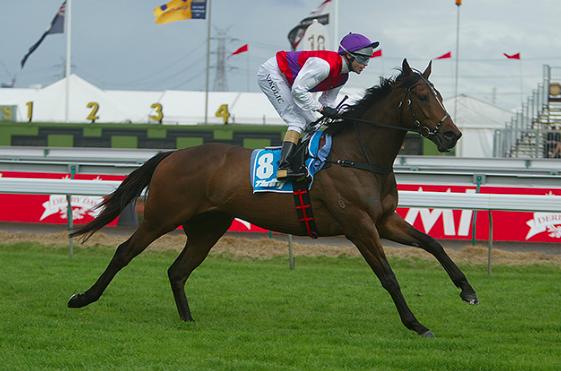 Lee Freedman's comment: Mummify is a special horse for us. He came along at the right time after our move to Markdel. He was a great campaigner over a long period of time. A lot of people don't realise that when he finished racing, he was in the top 10 Australian stakes earners of all time. 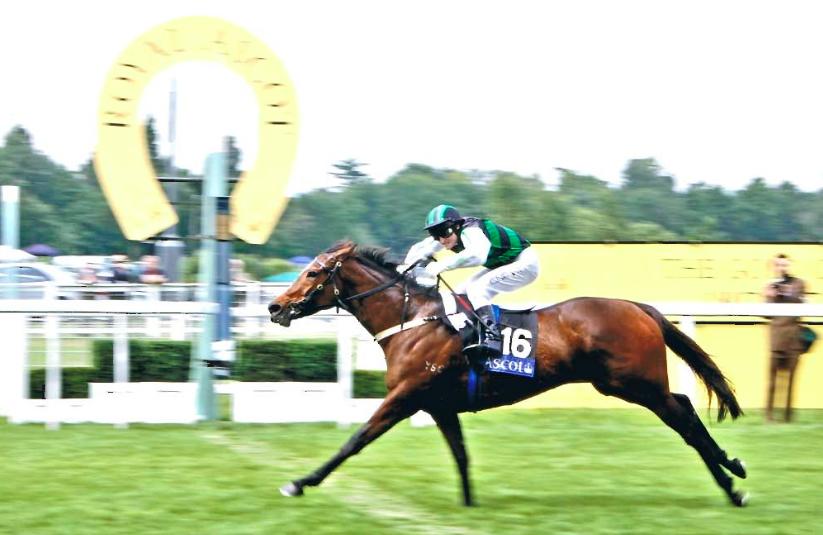 Lee Freedman's comment: As good a sprinter as I have trained. Not only is she a brilliant galloper, but she showed when she won the Newmarket Handicap that she is very tough. It was a lifetime ambition to train a Royal Ascot winner, and Miss Andretti is the horse that helped me achieve it. 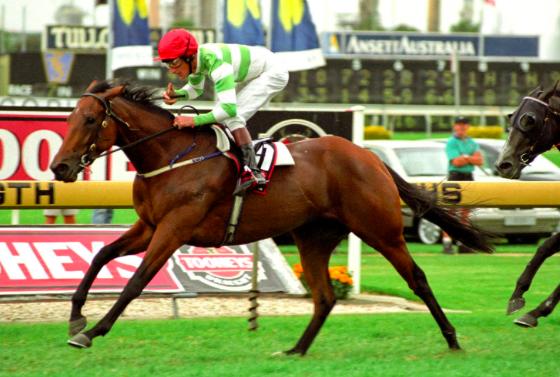 Lee Freedman's comment: Merlene was a brilliant two-year-old who won five of her six starts. She was the type of filly who could have trained on to be a great sprinter like Miss Andretti. 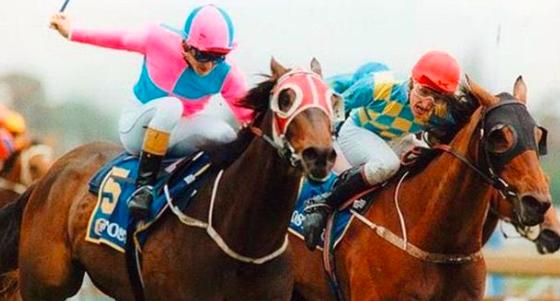 Lee Freedman's comment: A wonderfully tough little mare who was very versatible. The spring she won the Caulfield Cup, she also won the Show Day Cup over 1400 metres. 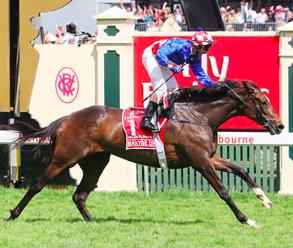 Lee Freedman's comment: She was the best stayer in the world when she was at her peak. What a wonderful record to win three Melbourne Cups, a Sydney Cup, a BMW and a Cox Plate. It was a privelege to be asked to train her by owner Tony Santic. 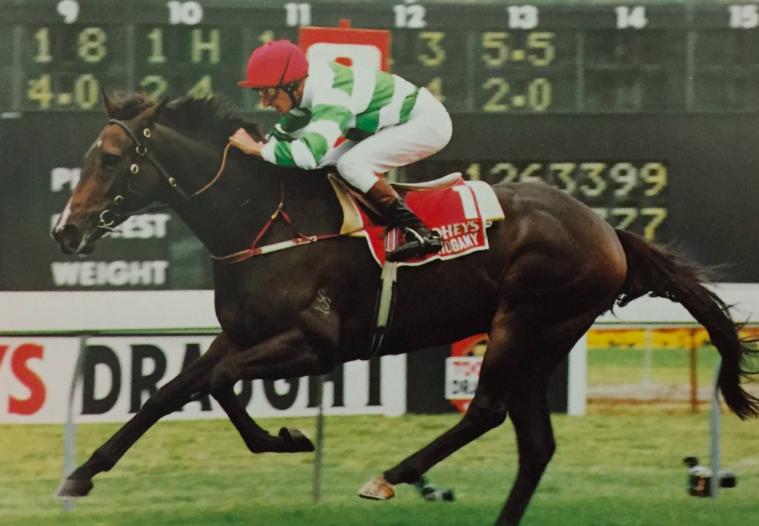 Lee Freedman's comment: Mahogany was a wonderfully versatile and challenging horse to train. While he won two Derbys, he essentially was a brilliant sprinter, which he proved to be as an older horse. I tried to win the Cox Plate first-up with him, and it took a champion 3YO in Octagonal to nose him out. Mahogany would have been a sensational sprinter in Europe. A horse before his time. 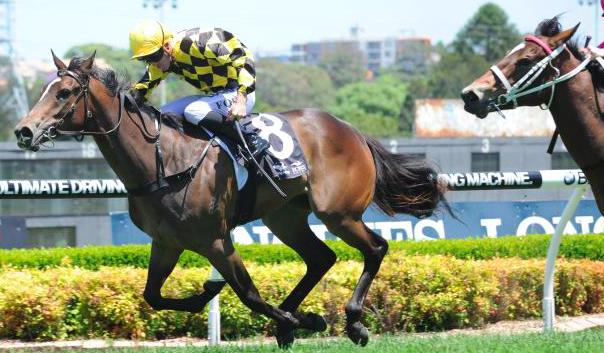 Lee Freedman's comment: He was a big, raw headstrong colt who was a natural galloper. He was in the paddock two weeks before the 1995 Golden Slipper but a change of plans saw him win brilliantly. He trained on to win twice at Group 1 level over 1600m as a 3YO. He had everything needed to make a top class stallion - pedigree, performance and comformation. 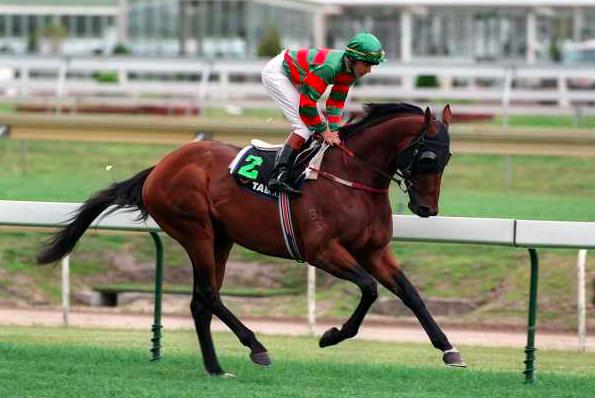 Lee Freedman's comment: Encosta De Lago is one of the most gifted horses I have trained, so it is of no surprise that he has become a champion stallion. He was an imposing colt with a magnificent action and turn of foot, traits he has passed on to his offspring. His win in the VicHealth Cup was miraculous. Injury curtailed his racing career, but it probably helped him as a stallion. 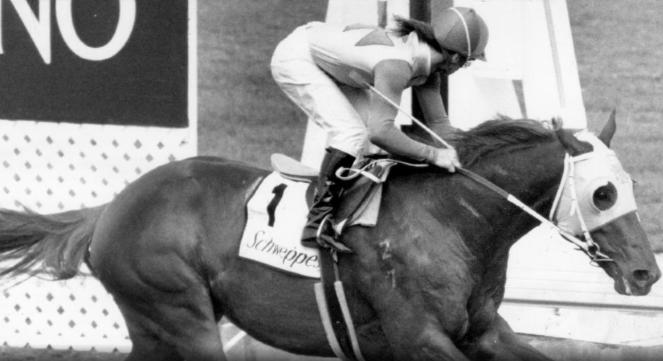 Lee Freedman's comment: We got Durbridge after he already had proven himself a top class horse, but his career was at the crossroads. He was a terrific horse to have around the stables, and when he could dictate his own race, he was virtually unbeatable at weight-for-age between 1600m and 2000m. 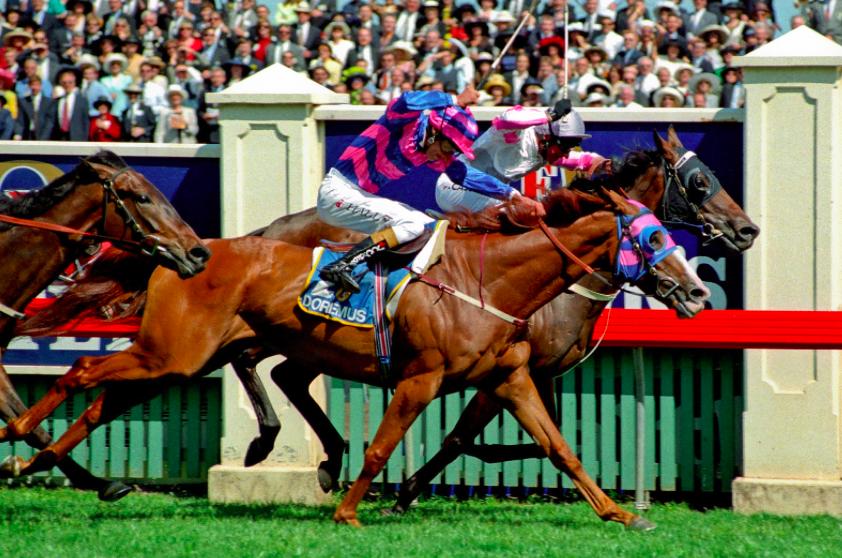 Lee Freedman's comment: Doriemus certainly didn't look much when he arrived from New Zealand. I thought he was a polo pony! But we knew we had something special when we galloped him at Eagle Farm as a 3YO. It was a long range plan to win the 1995 Melbourne Cup, and to also win the Caulfield Cup was a bonus. He was an outstanding world class stayer, right up there in the top three stayers I have trained. If it wasn't for Might And Power, he would have won the Cups double again in 1997. 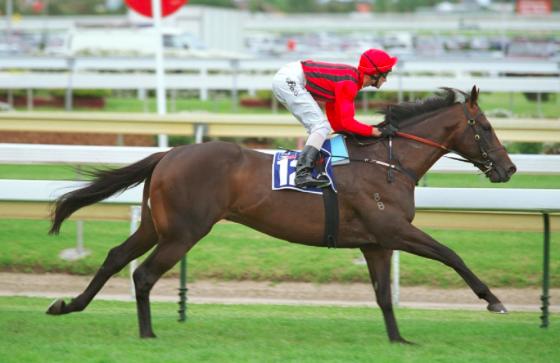 Lee Freedman's comment: Don Eduardo was a far better racehorse than people gave him credit for. He cost a record $3.6 million as a yearling, which meant that there was a lot of media attention and expectation of him. He really showed his talent in a stellar autumn carnival as a 3YO. He won his AJC Australian Derby on his merits. It was a great thrill for the stable to win that Derby for his owner, Mr. Cojuangco. 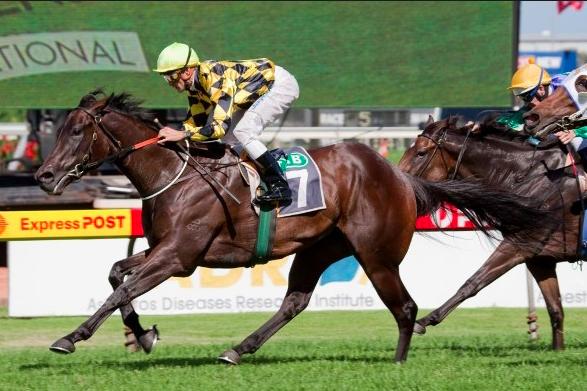 Lee Freedman's comment: I bought him as a yearling because my father owned and trained his grandmother, and bred his mother. He was from Danehill's first crop and he wasn't the most handsome yearling, but he developed into a magnificent colt when he matured. He was a tough colt who was probably bigger and stronger than his rivals as a two-year-old. He had problems that hindered his 3YO career, but he has proven to be a wonderful stallion. 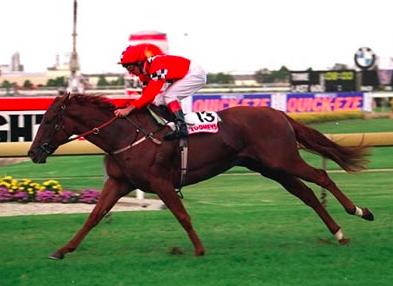 Lee Freedman's comment: Bint Marscay was probably the most natural two-year-old I have trained. I regard her as the benchmark for our two-year-olds. She won her Golden Slipper on a very limited, and injury hindered campaign. She came back to win at Group level at three, but her injuries prevented her from training on. She has been a wonderful broodmare, and I won the 2005 Victoria Derby with her grandson, Benicio. 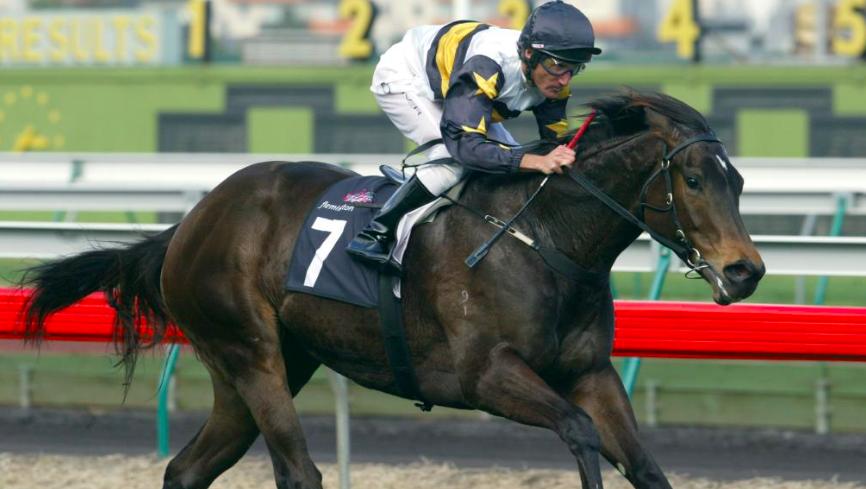 Lee Freedman's comment: I trained both her sire and her dam, and it was a privilege to train her. Alinghi was an awesome individual who had as much natural ability as any horse I have trained. She was unlucky not to have won the 2004 Golden Slipper. She proved in America that she was world class.